Second Life users with tablets remember SL GO, the application made by Onlive in cooperation with Linden Lab that allowed them to access Second Life and go about inworld normally without the need for a computer. But in April this year, Onlive announced the end of the service following Sony purchasing their company. It was the end of what one Second Life newsletter writer called, "one of the best things to happen to Second Life in a long time."Later this month, a successor to SL GO will finally be ready for people to download and use: "Bright Canopy."

Bill Glover, the founder of Bright Canopy, credited Inara Pey's post on her blog, about SL GO's shutdown and suggestion that someone else could provide it's service, for his decision to post a survey asking if anyone would be interested in helping him start such a streaming service. The response was the founder of a company handling streaming for some of the largest companies in the world, Nikola Bozinovic, offering to help him out, and "over one hundred SL and OpenSim residents ... offering to help with testing, docomentation, bug tracking, and even development. ... With a team like that, it's no wonder we had the core features, working in beta in less than seven days." 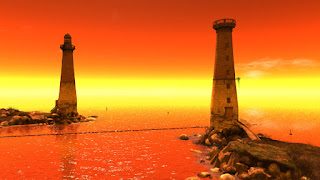 The monthly fee, at least for the first 90 days, will be $17 a month, "Our early bird price is going to be an experiment for 90 days. If you’ve been following the blog, you know we’ve seen price fluctuations on the back end, and we still need to watch actual usage of the service. $17 is a sustainable price if the instance costs return to their typical, historical values. It is not a sustainable price with the current spike in instance price. We may need to get creative with how we split instances, or we may need to raise prices. We intend to remain transparent as always and will keep you posted. Our goal is to continue to maintain a sustainable, affordable service."

While $17 a month is a little more expensive than the $9.95 a month SL GO was at for most of it's history, it is much cheaper than the $3 an hour it was when first released.

The company plans to soon have an "East Coast Cloud" for faster ping rates for users on the eastern time zone of the US, and is offering free time for those whom have friends sign up. They are also planning a release party.