Bitcoin, the noted electronic currency that's gained a following among computer geeks attracted to the idea of a worldwide virtual currency and those looking for an alternative to the US dollar and other currencies backed by big banks, has made news time to time, such as when it went through wild price swings in March and April 2013, and when one of it's largest exchanges, Mt Gox, went bankrupt in Feb 2014. Since then, the Crypto currency has continued on, making news recently as the best performing currency in 2015, gaining close to 40 percent. 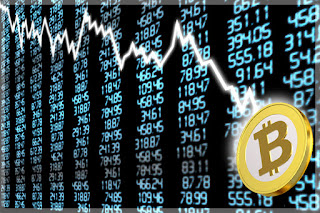 But a couple weeks ago, it was dealt a major setback when one of it's developers and longtime advocate, Mike Hearn, sold all his bitcoin and published a blog, saying Bitcoin had failed, and would no longer be taking part in it. He wrote, "It has failed because the community has failed. What was meant to be a new, decentralized form of money that lacked “systemically important institutions” and “too big to fail” has become something even worse: a system completely controlled by just a handful of people. Worse still, the network is on the brink of technical collapse. The mechanisms that should have prevented this outcome have broken down ..."

So what are the problems? The big one, Hearn stated, is that the rate at which Bitcoin transactions can be made has been decreasing to the point it's networks are running out of capacity and becoming unreliable. Backlogs at peak times are becoming increasingly common. The blocks in it's blockchain have been steadily increasing, but the capacity cap of each block remains unchanged. While there are several reasons that the capacity limit hasn't been raised, the big one is that it's been effectively controlled by Chinese miners, "just two of whom control more than 50% of the hash power. At a recent conference over 95% of hashing power was controlled by a handful of guys sitting on a single stage."

So why won't they allow the capacity to grow? Hearn wrote, " the Chinese internet is so broken by their government’s firewall that moving data across the border barely works at all, with speeds routinely worse than what mobile phones provide. Imagine an entire country connected to the rest of the world by cheap hotel wifi, and you’ve got the picture. Right now, the Chinese miners are able to — just about — maintain their connection to the global internet and claim the 25 BTC reward ($11,000) that each block they create gives them. But if the Bitcoin network got more popular, they fear taking part would get too difficult and they’d lose their income stream. This gives them a perverse financial incentive to actually try and stop Bitcoin becoming popular."

As Hamlet Au would comment in New World Notes, "Ironically enough ... a currency that is so appealing to libertarians" was being strangled "because of well, the Chinese Communist Party. ... A virtual currency which promised to free us from government oversight and oppression is being successfully strangled in its crib by one of the world's most oppressive regimes. Without hardly even trying."

Despite this blow, Bitcoin remains popular. And it's unlikely it will collapse anytime soon. But as Chris Baraniuk writing for the BBC put it, "it certainly look(s) as though fundamental questions over how Bitcoin works are now coming to a head."