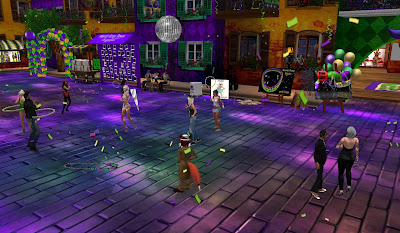 With today being "Fat Tuesday," there are a few places having events. Among them is the Townies sim, owned by Laura Liberty, with it's annual appearance of "Mardi Gras Town." While the bulk of the sim is decorated for Valentines Day, one corner is just for the other holiday this week. 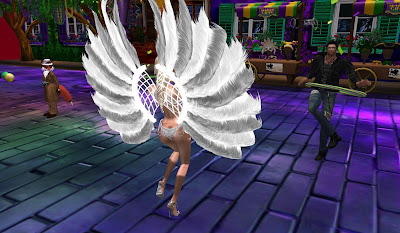 With the place done up in purple and green, there were a number of people dancing around to the Jazz music in the radio stream. Most wore just street clothes, but some ladies were dressed in Carnival fashion. For those who wanted to shop, there were some Mardi-Gras themed items in a store, alongside some some costumes. I never did find a jar full of beads to grab, then throw. 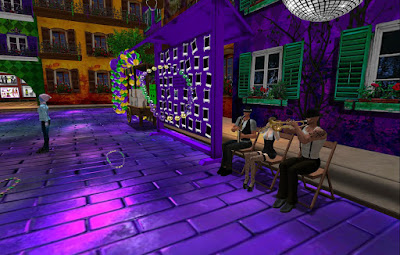 For those who don't know, Mardi Gras, often called Carnival, got it's start in Medieval times when people held festivals to eat up their richer foods as the consuming of them was forbidden under Lent. Although the event is celebrated more in Catholic countries, New Orleans is famous for it's Mardi Gras celebrations.