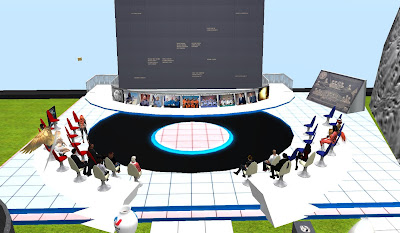 At Noon SL time on Sunday January 31st, the National Space Society in Second Life held a remembrance event in their sim. The event was to both remember those who gave their lives in the pursuit of space exploration. 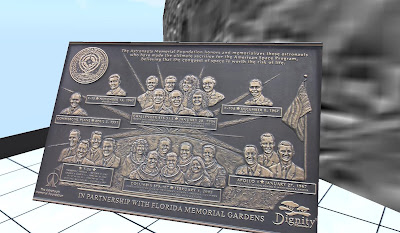 The day of the event was timed to take place close to the anniversaries of the Shuttle Challenger and Shuttle Columbia losses on January 28 and February 1 respectively. These would be only two occasions in which astronauts, and cosmonauts, died in accidents.

At the event, people talked about the astronauts, as well as how the Shuttle Challenger tragedy affected them. It was also brought up how Western governments seem to be reluctant to open up their wallets to build new manned rockets to travel into space. 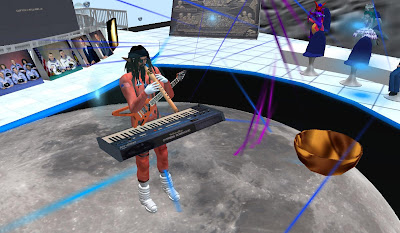 At 1PM, Cypress Rosewood, who performs every Sunday night at an ambient music event in the Scilands, took to the stage to perform. His relaxing music was mixed with a light show of colorful patterns floating around the area.

The National Space Society in Second Life has weekly meetings every Monday at 3PM at their sim, discussing space, science, and tech.