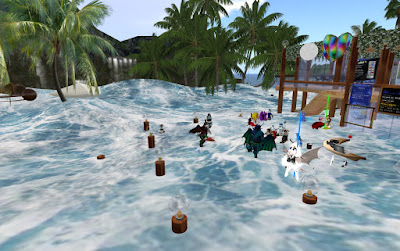 On Sunday November 19, the Happy Vixen beach club in the Purrfection Estates sim experienced some flooding. One moment the water was normal. The next, waves were coming over the dance floor. And soon the dancers were waist-deep in churning surf. But a few minutes later, the waters receded, and all was as before. 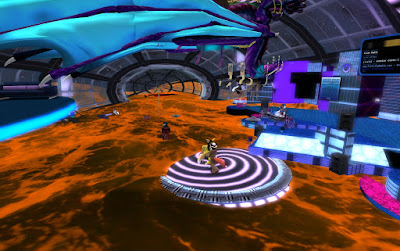 The previous day at Club Zero Gravity, a malfunction resulted in similar flooding in the space station. But somehow the water turned a shade of orange, then green. Geerkil Ziskey, whom was the DJ at the time, got up on the ceiling's gravity platform. After a few jokes about where the water might have come from, eventually someone turned on the drainage. And minutes later, the deck was dry again.

Two rare times when the situation at these two clubs was all wet.