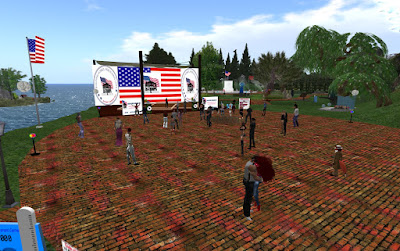 On Sunday November 19, Veterans Isle held it's monthly fundraiser concert. The event was to raise money for the Homes For Our Troops charity. The event normally takes place on the last Sunday of each month. But due to Thanksgiving weekend was moved back this month. Unfortunately for the participants, this was the day the Grid had a number of technical glitches that kept a number of residents offline. Frets Nirvana, who organized the event, did not originally plan to play on stage, but stepped in due to one performer being offline. 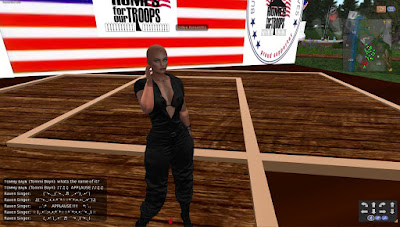 Despite the glitches that caused residents to lag and/or crash, the benefit raised a total of 154,600 Lindens, over $600 US dollars.

Homes For Our Troops is a veterans charity that helps to build homes for veterans to prevent them from being homeless.