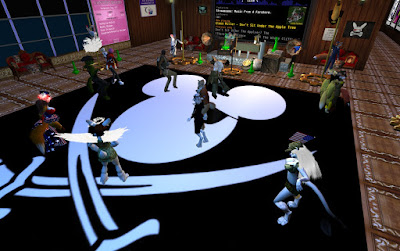 Saturday November 11 was Veterans Day, and that night, there was a special Veterans Day event at Club Cutlass. Cynthia Farshore played a list of military-themed or inspired tunes from the American Revolution to the first recorded songs of the Spanish-American War and WW1, to the classic military songs of WW2 to the protest songs of Vietnam to the music composed in the wake of 9/11 and the War on Terror. 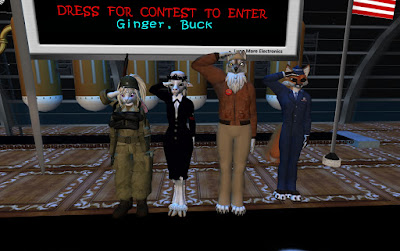 At the end of the party, the four Sunweavers present at the part whom had served as veterans stood at attention: Rita Mariner, Cynthis Farshore, Shockwave Yareach, and Zorro Wuramunga (RECoyote Mindes, whom was also in the military, left the party early).

Thank you for your service.