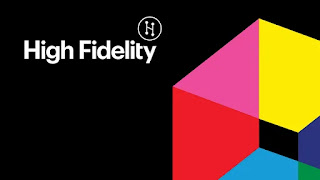 When the Newser last wrote about High Fidelity in July, the company was in trouble, having laid of a quarter of it's staff and made other cutbacks. But these moves failed to turn things around and the situation has continued to go downhill. Today, while High Fidelity isn't dead yet, it certainly seems close.

Earlier this month, Philip Rosedale, the co-founder of the company, had an announcement titled "Updates and a New Beginning," which had some bad news for fans of the virtual world platform. Among the things announced, High Fidelity was going to "turn over control of the codebase to the community. As of January 15, 2020, we’re going to make High Fidelity’s Github repository private. We want to give community leaders time to create their own repositories and systems as desired."

There were more layoffs announced, "we will reduce our team size in half effective today."

All High Fidelity applications are being removed from online stores and no further accounts are being created, "we’ll also be withdrawing our apps on the Steam Store, Oculus Store and our Virtual You: 3D Avatar Creator app from the Apple App Store and Google Play Store. Since there are no High Fidelity supported environments, we’re not offering registration for new accounts which these enable."

Philip Linden felt that the reason for High Fidelity's failure to succeed was that virtual reality had yet to take off due to technical limitations that had yet to be solved, "four fundamental advances in hardware need to happen before HMDs replace mobile and desktop general-computing use. Until VR headsets don’t feel like, as The New Yorker’s Patricia Marx puts it, “a gerbil’s casket [has] been plastered onto the upper half of my face,” compelling social virtual worlds won’t gain traction. So where does that leave High Fidelity?"

Philip's parting words to High Fidelity's users were, "Your passion and dedication to the possibilities of VR and virtual worlds is inspiring. We’re grateful for your support over the years and hope you’ll try out our new product once launched." But the reaction by some users was quite negative. In the forums, one thread was, "Never Forgive, Never Forget," the poster remarking, "I call on the community to never forget the actions of High Fidelity corporate. How they have treated their users and how they have treated their employees. If or when High Fidelity comes out with their next project or a updated version of this project. We should remind High Fidelity of their past and educate their perspectives users of their past. Philip we do not forget. We do not forgive." But not everyone was so critical, DrFran saying, "I don’t know about you, but when people constantly criticize, belittle, and second guess everything you do, you tend to distance yourself from therm. I think HiFi realized the toxicity of the user base, and had to decamp. I don’t blame them for their actions. Their ball; their game."

Ryan Schultz commented of the announcement, "High Fidelity will soon be a dead platform, the first major victim of the social VR wars (but probably not the last). R.I.P." Hamlet Au's assessment was more optimistic, "High Fidelity's underlying code can still be developed by the community under an open source license. ... This seems to open up the possibility of the High Fidelity virtual world becoming the basis for... OpenSim 2." One of High Fidelity's users, Theanie, had his comments, "I ... am not in a state of mourning. The High Fidelity code is thankfully open source, and that means the platform will never really 'die.' There are already multiple forked projects in the works that could prove to be viable successors to the now-defunct platform. However, before we can move on toward that bright virtual future that awaits us, it’s critical to spend time on reflection. As the old saying goes, “Those that don’t learn from the mistakes of the past are doomed to repeat them.” We need to analyze the mistakes that were made, so as to prevent them from happening again."

In any event, the sun is setting for what was the next virtual world made by the man whom led the building of Second Life.