A Few Events This Weekend 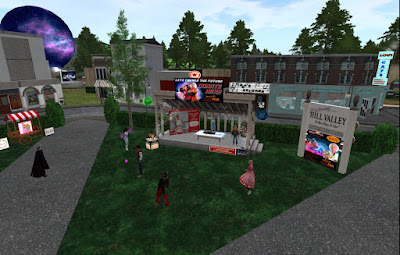 A number of events went on this past weekend. On Friday July 30, Creations for Parkinsons held the last of their events for their "Back to 1955" fundraiser. DJ Piper would play the music for the event, and there was a 1950s trivia contest.

The event took place on a recreation of the town of Hill Valley, the scene of the "Back to the Future" movie. Michael J. Fox, who stared in the movie, would later come down with Parkinsons. The Creations for Parkinsons area and group raises money for Team Fox, a charity raising money to research treatments for the disease. 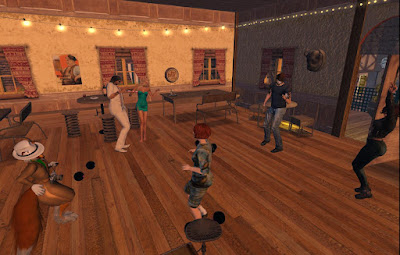 On Saturday July 31, the pub crawl took place in the Confederation of Democratic Simulators. From Noon to 2 PM, people at the commuity would party at three different pubs, hoping from one to another. Among those taking part was Chancellor Kyoko Furse-Barzane 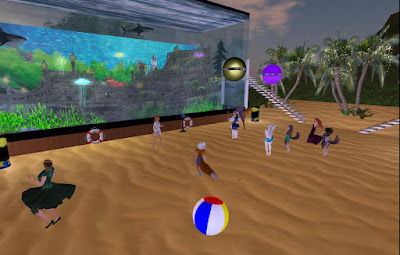 Saturday was also the scene of the "Summer at the Beach" party at Steelhead Bay. The event was to help raise Lindens for the upkeep of the sim, and a number came over, the majority in their swimsuits. Andrea Jones and Cynthia Farshore were the DJs for the event. Among those there were Sunweaver chief Rita Mariner, and Fuzzball Ortega, Steelhead's leader.