Announcement: This Week at the Seanchai Libraries 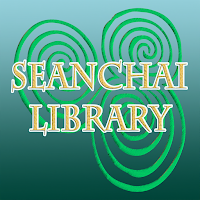 THIS WEEK: The Maltese Falcon, and plenty of new series to greet a new summer month.  Join us for stories presented LIVE in Second Life.

~ at Noon: RUSELL EPONYM, Live! with music, and poetry in Ceiluradh Glen, live on stream.