On October 28, Mark Zuckerberg, the CEO of Facebook the corporation, announced it was changing it's name to "Meta." 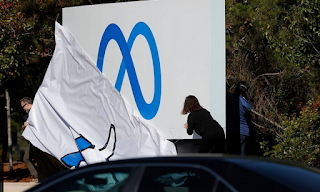 "We're now looking at and reporting on our business as two different segments, one for our family of apps, and one for our work on future platforms. And as part of this, it is time for us to adopt a new company brand to encompass everything that we do, to reflect who we are and what we hope to build."

Besides having several social medias under it, including What'sApp, Instagram, and Facebook, Zuckerberg has plans to build the "Metaverse." This would be a huge virtual world, “We believe the metaverse will be the successor of the mobile internet. We’ll be able to feel present – like we’re right there with people no matter how far apart we actually are.”

The move comes after the company has faced a string of bad publicity from it's platforms going down for hours twice in one week to accusations it ignored findings that it's products were not good for the mental health of teenagers and that it wasn't doing enough to stop the spread of disinformation. So naturally there are criticisms that the move is to distract people from the incidents. There were also charges that the company planed to expand to the point of hiring tens of thousands of workers while ignoring it's problems "just goes to show how out of touch Facebook is with real people.” And of course came concerns that Facebook had it's sights on new territory to monopolize and become even more powerful.

Besides criticism, the move was also mocked on social media. "I meta girl in high school," joked one man. In Israel there were snickers as the term "meta" means "dead" in Hebrew.  One Reuters writer reminded that a few years ago Google's corporation changed it's name to Alphabet, but people still call both the search engine and it's company Google.

Finally there was one detail pointed out by Daniel Voyager. The term "Second Life" was trending on Twitter searches "Probably for the first time." He reasoned that Zuckerberg's move was drawing comparisons to the virtual world that was already around, and expressed hope that the extra attention would result in a few more people becoming residents. 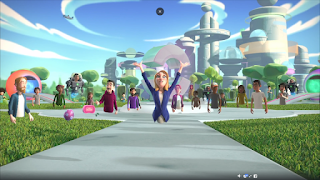 It's hard to say how successful Facebook's effort into virtual reality will be. Two years ago, they announced their upcoming virtual world "Horizons," and the platform has yet to fully open. It was also joked about as the avatars were legless, people going about as floating in the air with nothing showing below the waist.