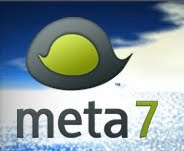 One of the smaller alternatives to Second Life, Meta7, had some sad news for it’s residents on April 21st. “Another company, that has trademark rights to the use of a similar logo used by us and the name 'Meta7' is forcing the company behind Meta7 to stop using the trademark ...”A judge had ordered them to stop using their name, and so they would be closing down May 1st.

The following was posted on their forums:


OFFICIAL NOTICE MAGNE METAVERSE RESEARCH LLC, THE LEGAL OWNER OF META7 IS UNDER A COURT ORDER TO STOP USING THE META7 TRADEMARK BY APRIL 30TH 2011. MAGNE METAVERSE RESEARCH LLC, ITS DIRECTORS AND OFFICERS, ARE TAKING ALL STEPS TO COMPLY WITH THE INJUNCTION. FURTHER USE OF THE META7 GRID OR ASSOCIATED WEBSITES WILL THEREFOR NO LONGER BE AVAILABLE COMMENCING MAY 1ST 2011.

Meta7 closing May 1st It is with sadness in our hearts that we have to inform you of the imminent closure of the Meta 7 grid at such short notice. Legal proceedings have led us to a point where we now must comply with this court order, or endure heavy fines and possible personal complications for the Meta7 team members. After almost 3 years of pioneering history, creating this unique place in the internet landscape, we have had to make a very hard and unpleasant decision and shall be closing Meta7 permanently by May 1st 2011.

We would like to thank all our loyal metazens for using Meta7 as a homebase over the last few years. We hope you use these last few days to make sure you can keep in touch with your friends as you move off into different grids. Obviously a number of you will have question concerning Land, credits and inventories. Please read about this in the special goodbye-FAQ.

As for us, we are going to take a break for a while.

Thank you all, it has been an amazing ride.

On the question of if they’ll be coming back, the answer seemed to be probably not, saying, “It would involve a full rebranding and round of investments of the viewer, inworld content, all related websites and legal paperwork. It would take an enormous amount of time from a small group of people who are stretched to their limits as it is.” 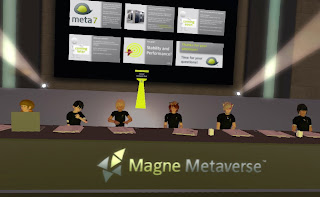 Of where its residents should go, they gave a link to a list of Opensim-based worlds, “Besides that list, you might want to go to Second Life, the granddaddy of the sim based virtual worlds.”

The list gave Meta7 as having a total of almost 5,000 users with over 1300 having logged in at least once in the past 30 days. Hypergrid Business gave a total of over 7100 residents, but gave a number of "active residents" as only about a thousand. It stated numbers had been dropping in the past few months, possibly because it was "one of the most expensive grids in OpenSim."

The Pais Kidd’s Weblog, which reported on Meta7 time to time, stated it started out as an Opensim experiment that came to be called K-Grid before becoming Meta7, “I know this is a devastating situation for the Meta7 team and their loyal supporters. There has been a lot of work, money, creativity, hope, and dreams put into Meta7. This is a sad day.”

Hopefully the residents will be able to find new pastures somewhere, whether in Second Life, or another alternative.