"The Lighttower" Closes it's Doors 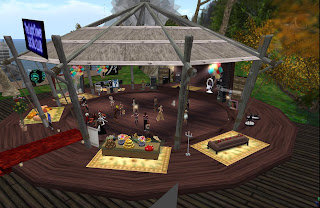 One of DJ Quark Allen's favorite places to play his music was "The Lighttower." I forget exactly when he started, but it's before Second Life Newser started.

Sunday, we at SL Newser learned the club was closed, the area it was at up for sale. The owner, supposedly, has been offline for a while.

Although not as popular as many sims that have vanished, the place still was where we went to relax on occasion, and sometimes have a chuckle or two that later showed up again as a cartoon.

The place will be missed.
Posted by Bixyl Shuftan at 6:01 AM