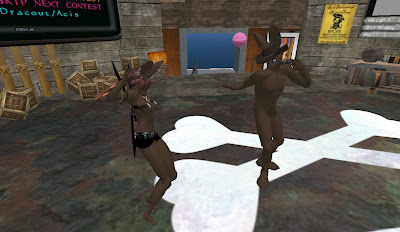 Last Saturday, the Cutlass Club of the Sunweaver Estates/HV Community held it's Easter party. And people dropped in with some interesting avatars. Among theme were these chocolate bunnies, one whom had a couple swords to discourage anyone coming in for a bite. 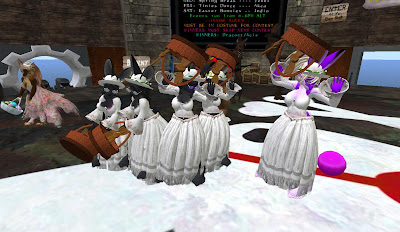 Also there was Rita Mariner and the "Sawyer Clones," all in Easter dress and bonnets. Someone later told me she found them a little creepy. More often, I hear chuckles about them, or people shrugging it off as just another example of the nuttiness around the Sunweavers.