Scenes from "One Billion Rising" 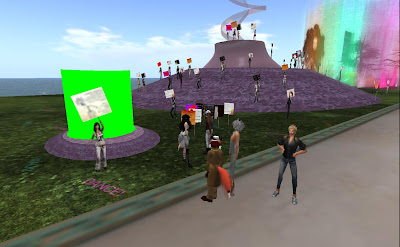 On Thursday Feb 14th, the "One Billion Rising" took place in Second Life. A demonstration for womens rights across the world, the event took place in four sims, OBR Rise, OBR Strike, OBR Dance, and OBR Walk. The Second Life event was part of a larger global event with demonstrations across the planet.  At this exhibit sponsored by Madpea, there were numerous images of avatars with protest signs, such as "In Guatemala, there are two women murdered each day. Stop the violence!!" 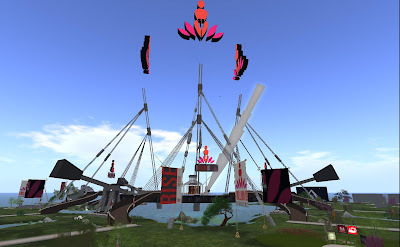 There was a walkway around the four sims with various exhibitions. At the intersection was a stage where large numbers of people could dance. Among the musicians performing there was DJ Quark Allen, who played from 12 Noon SL time to 1PM. 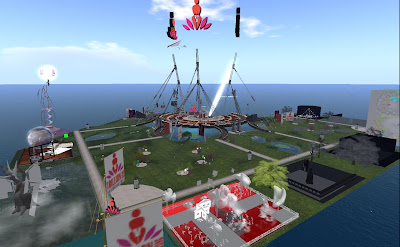 The event was quite packed at times. At the time I dropped by, there were about a total of a hundred and forty residents attending. The lag made for some slow going at times, as well as some crashing. But morale at the "Rising" was very high, and those demonstrating were determined to get their point across.