Tales From Podex: The Love Bandit 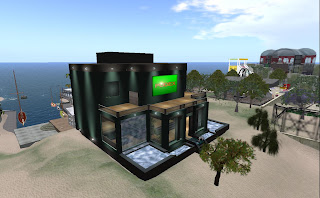 It was mid-February at the Podex Exchange. And as usual the tellers made deals with customers coming in, and chatted among themselves between clients. Some talked about the Mardi Gras events, such at the one at New Toulouse. One mentioned a friend going to a church service on Ash Wednesday. And then there was the day that was bringing in quite a few clients: Valentines Day. People talked about going to Valentine events, such as those at Areo Pines Park or the Zero Gravity and Happy Vixen Clubs, the themed Valentine Town, or just taking a sweetheart to a secluded Romance area.

While they were talking, someone stepped in. He wasn't dressed in much, just a pair of red shorts, and had a quiver and bow on his back behind a pair of white wings. But his appearance was  grey and black fur with a ring pattern on his tail and a black mask over his eyes.

"Hello," spoke the visitor in a meek-sounding voice, "I'm here to get some gold arrows. I was flying overhead, and they fell into your vents over the vault area. If I don't get them, well, I won't be able to help certain couples fall in love." 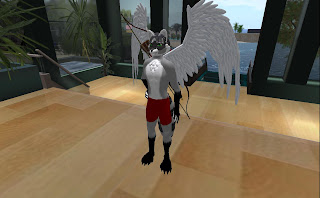 One of the tellers finally chuckled a bit, "You really thought you could fool us with that flimsy disguise, Clumsy Cooper?"

"Who is this Clumsy Cooper? I'm Cupid, here to get my arrows back that fell here."

"I'll have to hand it to your persistence, but not your intelligence. Now go away before we call the police."

"Okay, be like that!" Clumsy's voice went back to normal as he drew the bow, "Now hand over the Lindens, and no one gets hurt."

The teller laughed, "Don't kid yourself. You expect that cheap freebie to work here?"

"Why you … " Clumsy reached for an arrow, then drew the bowstring back. But the result was a "creeeaaaak" noise, distracting Clumsy. Then the bow broke with a SNAP, a taut string released striking his hand. He dropped the broken bow and reflexively stuck the sore area of his hand into his mouth, "Owwwwww!" 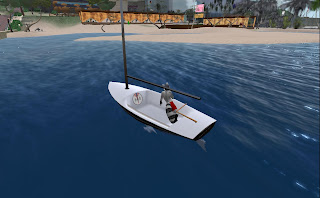 Realizing his latest heist had failed, Clumsy ran out the building. He quickly scrambled down the steps, then ran down the beach. He jumped into the water, and began swimming away, loosing the fake wings and quiver. He saw a boat, got on it, and began sailing off. But the water was colder this time of year, so he ended up doing more shivering under a blanket than sailing. He was soon picked up by the SLCG, then turned over to the police who arrested him, charging him with attempted griefing.

But even if Clumsy Cooper's scheme had worked, there was no way he could have gotten away with any ill-gotten gains. “All our exchanges are done through electronic transfer,” a teller later explained to the SLPD, “He wouldn’t have walked away with a single Linden.”