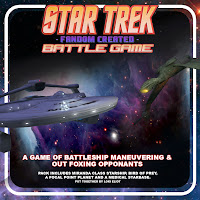 Two neat looking games have appeared in Second Life recently. One is a Star Trek game created by Loki Eliot. Loki had been "experimenting" with creating "Star Trek" style ships, and decided to make a battleship game out of it. The game pits a Federation ship against a Klingon one. The Federation ship has stronger shields and longer range weaponry, but the Klingon ship has more guns.

Second Life Newser may do a more in-depth article on the game. But for now,  readers can check for more information on the game on Eliot's blog (Click here). One fan, Natascha Rantt, made a video based on the game (Click here). 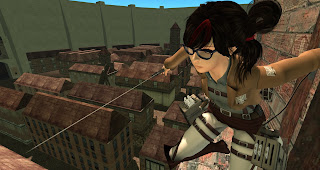 The other game is based on the Japanese anime "Attack on Titan." It was created by a fan, Moeka Kohime, and quickly gained a following. Shamera Kohime (no relation) did a good article on the gameplay (click here). To get into the action, one needed to get uniforms in addition to power swords and "3D maneuver gear" that allows you to run and jump around like a movie ninja.

"The detail on the gear is amazing, and there are quite a few animations included for flying through the air, falling, landing, running, attacking, etc. I've certainly spent hours at this place just honing my Titan killing skills ..."

There was just one problem. Although the uniforms were free, the gear was not. So technically that was a violation of the anime's copyright, owned by Kodansha Ltd. And it seems they ordered to Moeka to stop selling the equipment. The vendor where it was available is gone, with the words "this product is discontinued" in it's place. The arena itself is still up for those who already bought the gear at MontSaint Michel (226/144/3901). But it seems for now no more can get into the action. 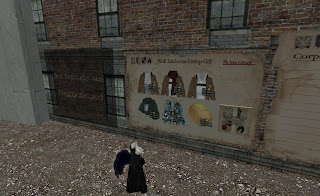 Last year there were worries about Star Trek items being taken down from Second Life due to copyright concerns. But a deal was worked out, and Trek on the Grid continued. Similar case with "Battlestar Galactica." Not all science-fiction producers have been willing to cut deals. In 2009, "Dune" roleplays were ordered to rename themselves and certain items after Trident Media group, which owned the rights to "Dune," complained to Linden Lab.

With Second Life residents finding out about the anime through the game, one would think the company involved, Kodansha, might be willing to cut some kind of deal. Ciaran Laval in her blog suggested that Linden Lab could establish a process where deals could be worked out between copyright owners and content creators, noting that Amozon Kindel had procedures for fan fiction.

In the meantime, the future is looking iffy for the "Attack on Titan" game, much to the irritation of the anime's fans in Second Life. Star Trek fans, secure in the deal made earlier, can boldly go and play Loki's game to their heart's content.