The Relay For Life Wrap-Up 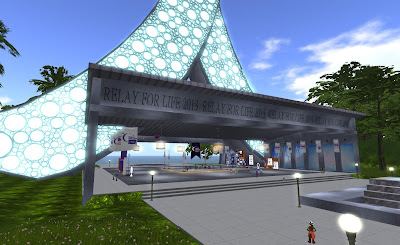 A week ago on Saturday Aug 10th, the final event of the Relay For Life season took place: The Wrap-Up Party. Avatars were dropping in at 11AM and before at the RFL Wrapup 1 and RFL Wrapup 2 sims. They danced to the music to Trader Whiplash's T-1 Radio. as more and more people arrived. The Relay Committee congratulated the teams and Relayers, announcing that overt 98 million Lindens, or $392,000 US Dollars, had been raised for the season. Once again, a new seasonal record was reached. 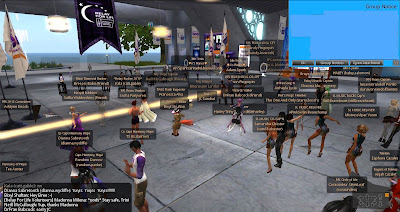 A number of awards were given out. This included the Spirit of Relay Awards.

Also given out were the Top Conventional (Website) Fundraising Awards.

Besides these prestigious awards, there were also a number of "Spontaneous and Fun Awards," given out just for chuckles.

And with this event, the Relay for Life fundraising season for 2013 officially comes to a close. There are some off-season events, such as the annual Christmas fundraiser. But for most Relayers, this marks the end of their fundraising until March 8, 2014 when the next season begins. The theme: "Journey of Promise."