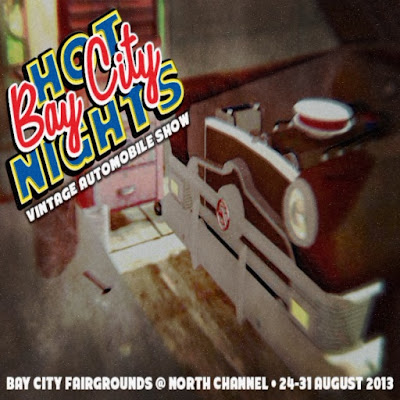 BAY CITY, SL - Celebrating Bay City's mid-century theme as well as its large network of roads, "Hot Bay City Nights" will showcase vehicle makers who create automobiles from the Bay City "era," stretching from 1940 to 1965. This will be the second year for Hot Bay City Nights, which quickly became one of the City's favorite events on its initial outing last August

Established vintage automobile designers will be found in the Bay City Fairgrounds, in the North Channel region, from August 24-31 to present the best in vintage and retro vehicles for all Second Life™ avatars.

Additional events will provide plenty for all to do, including the crowning of 2013's Miss Bay City and a charity car wash. The event will raise funds for Child's Play, a charity that provides toys and games for children in hospitals around the world.