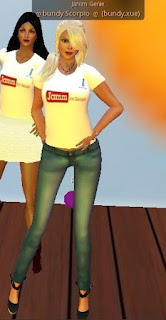 Longtime readers of the Newser may remember Bundy Xue, an Australian club owner whom helped out with the "Jam For Genes" fundraiser that went on every August for a few years up to 2014. She also participated in an Australian Day flood relief benefit in 2011. When we last heard from her, she had closed her B&Bs Aussie club, with plans to build a smaller one.

Any1 Gynoid notified the Newser that Bundy has closed her new club and is taking an indefinite break from running clubs in Second Life, sending us a notecard from her.

Due to personal reasons and family commitments I am closing Bundy's down.

As most of you know i have owned or hosted a live music venue for the last 6.5 years and at the moment I am no longer enjoying the music. So after some thought and hesitation I have decided to take a break from it. Whether it is 3 months, 6 months or longer I dont know.  But at the moment the most important thing in life is my children and I have been busy with them and their schooling and running them around with their job commitments. And over the next few months that is expected to get a lot more busier. I am truly sorry if this is an inconvenience to anyone. But I need to do this for my own sanity. 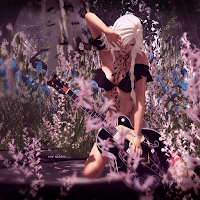 I want to thank you all for your support and loyalty over the last 6.5 years. I couldn't of done it without all of you.  I love you all dearly as you are family to me.

The Bundy's club group listed a number of musicians, including Rosedrop Rust, OhMy Kidd, and Beth Odets. Cellandra Zon, whom once helped run "The Pocket," and Whelan Ferris, whom ran the Australia sim until it closed, were also in the club group.