"I Am Paris." Residents Gather at Paris 1900 Following News of Terrorist Attack in France 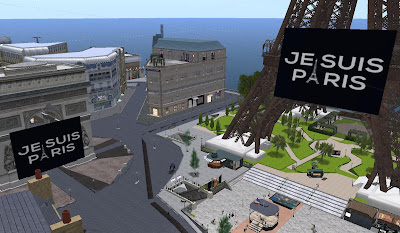 On the evening of Friday the 13th in Paris France, terrorists launched a series of attacks, murdering scores of people. The terrorist targeted bars, clubs, the Paris Stadium where a game was being played, and the Bataclan theater and concert hall where over 100 people were massacred. So far, the death toll is over 150. At least eight terrorists are accounted for, all dead, seven from detonating suicide vests. So for, no group has yet taken credit. 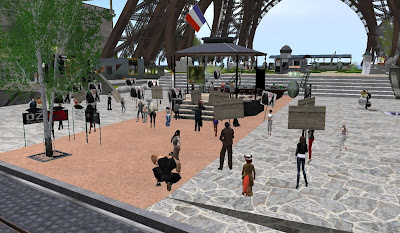 In Second Life, people headed over to the Paris 1900 sims to show their support of the people in the real Paris. "These terrorists aren't just enemies of single nations. They are enemies of the world." "My heart is heavy with sorrow for all who have suffered at the hands of violence." "Much love prayers from our country to yours. Our hearts are with you all." "My sympathies and love go to those families who have lost their loved ones. May they be at peace. May the lost rest in peace, may their families find peace in their hearts. Much love to Paris." 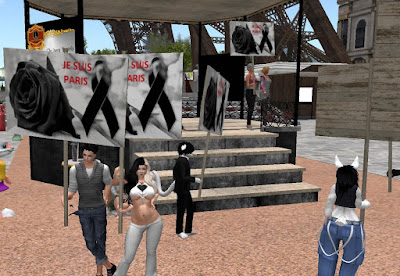 One French resident told everyone, "Thank you all for joining us in this difficult night full of panic and fear and excessive sadness. and I thank you for your prayers. (I) need to try to get some rest now. I am alone in my house and panic and uncertainty, I can not sleep, try to get some rest now. See  you, God willing and we'll see you tomorrow. thank you again. (takes leave giving a big hug to all, with tears in his eyes and heart, always wondering why such violence, many unjust situations)." 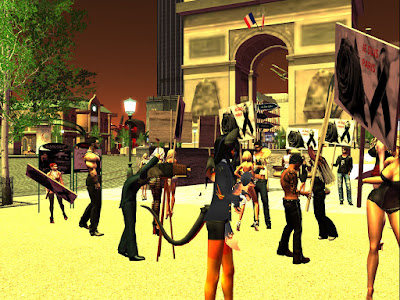 Michael Romani sent the Newser a picture (shown above) of earlier in the evening when a few more people were at the sims. 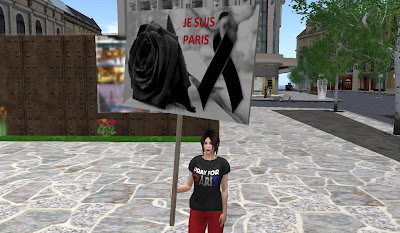 In January, Paris was the scene of an earlier attack when terrorists stormed the office of the Charlie Hebdo magazine, murdering twelve. Residents also gathered at the Paris 1900 sims then in a show of support.