Shortly after the release of the total subscription numbers of "Guild Wars 2" put into question if "World of Warcraft" was still the top MMO, on November 2, Activision/Blizzard announced in it's quarterly report that it's subscriptions "remained relatively stable, ending the quarter at 5.5 million subscribers." Although a slight drop compared to it's earlier plummet from ten million to 5.6 in several months, it was another sign that the game's best days are long behind it. 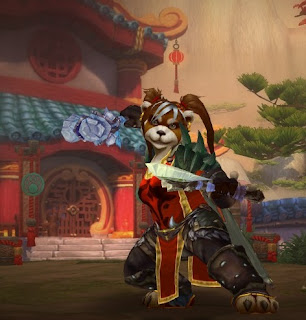 As it turns out, this will likely be the last time World of Warcraft's current numbers will be given out. Blizzard stated it will do so no more, "this is the last quarter that we plan to provide subscriber numbers," the company stated. "There are other metrics that are better indicators of the overall Blizzard business performance."

It seems even Blizzard has concluded "World of Warcraft" will no longer have draw it once had.

For years since it was released in 2003, "World of Warcraft" was more than just a game. It wasn't just the leader in the Massive Multiplayer Online Role Playing Game genere, it was seen as *the* game. It became a part of pop-culture, characters in TV shows playing the game, stories of people playing the game until falling unconscious from exhaustion, and more. Many of it's features, such as players being divided into two opposing factions, talent trees, quests and quest giving NPCs, became more or less standard in MMOs as a whole. With over 12 million at it's peak, companies tried and failed to come up with a "WoW killer," and instead settled into nich markets, such as based on popular sci-fi franchises like Star Trek and Star Wars, and developed along the "Free to Play" model instead of requiring a montly subcription.

Of the news, Hamlet Au commented "The King is dead." That's a bit of an exaggeration as the game is still number one in it's genre. "World of Warcraft" isn't entirely done in popular culture. In June 2016, Legendary Pictures will be showing a movie based on the game "Warcraft" in theaters nationwide. And there is another expansion of the game in the works, "Legion." But Blizzard's announcement is clearly a turning point for the once unmatched MMO that will be seen less and less for what's going on with it now, and more and more as a historic game like "Doom," "Pac Man," and "Space Invaders" were the games of their times.