A few days ago on their blog, Linden Lab announced a new set of starter mesh avatars was available for newcomers to Second Life. Linden Lab explained these were improvements over the set that was introduced last year, which some complained had problems such as with changing clothes. 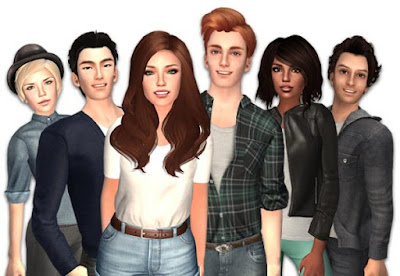 These new avatars are built combining mesh attachments with the original “system” process. Not only are compatibility issues being addressed, but the avatars are more performant and they look great! They can also be tweaked with the system sliders and easily dressed.

Last year, you may remember, we launched a number of new mesh avatars. They included both vampires and everyday people avatars that were built completely using mesh. While they looked good, they made outfit changes difficult and some of our internal tools were incompatible with the assets.

The new great-looking and efficient avatars will be available through the carousel during registration. Existing Residents can also access them through the “Me > Choose an Avatar” menu in the Viewer. 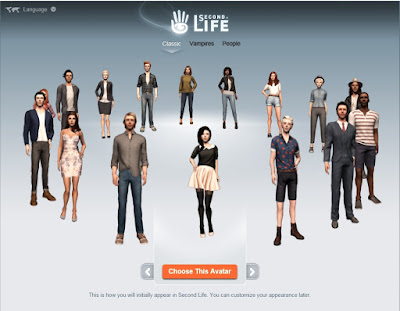 Comments on the thread about the new avatars on the official forums have been overall positive. On the thread in the SL Universe forums, there was more of a mixed reception, one complaint that they were too tall. Hamlet Au complained that this was less of a variety of options than a few years ago, "These avatars feel less like Second Life, and more like, well, The Sims Online. Which might be a good move, market-wise, but it does distinctly change new users' perception of what Second Life could (and frankly should) be." Fuzzball Ortega wasn't inclined to share his criticism, "I did think 'The Sims' when I saw the picture of the avatars, but nothing wrong with that. They start out with those avatars, then, once in world and after a bit of exploring, they create themselves. Buying different clothing, different skins, etc."

Do you the readers have any comments? Please add them below.