Eye On The Blog: Project Bento Filming Party for the Drax Files Today at Noon SL Time in the Preview Grid


In the Linden Blog, it was recently mentioned that today Draxtor Despres will be doing a filming inworld for an upcoming episode for his "Drax Files." His subject: Project Bento. He wants to see what various content creators have been able to come up with so far with it, and has announced an "open casting call for anyone who has built something with Bento to show off their work."

It should be noted that the filming will not be done in the main Second Life grid, but the Aditi grid, also known as the Preview Grid. 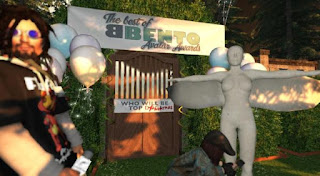 If you’re a creator who’s testing out Project Bento, or one who’s eager to give it a try - now is the perfect time! We’re looking for creators to show off some of the possibilities of Project Bento for an upcoming episode of The Drax Files. There are detailed instructions on how to get started and how to get to the beta grid (aditi) on our wiki page. (TIP:Testing on Aditi does not cost you upload fees!)

On January 19th at NOON SLT, there will be an open casting call for anyone who has built something with Bento to come show off their work. Selected creators may be filmed and/or interviewed to be featured in an upcoming episode of the Drax Files. You will need to login to Aditi in order to access the location (secondlife://Aditi/secondlife/Bento%20Island/128/128/23). The location will not be open until NOON SLT on January 10th Information about Aditi and how to access it is located on our wiki.

Content creators "are encouraged to contact" Draxtor about their projects, "video, screenshots, descriptions - the more information the better." Those whom Draxtor choses to appear on his video will be contacted about where and when to meet up for a private filming on Wednesday January 20. Besides Dractor, Torley Linden will be there.