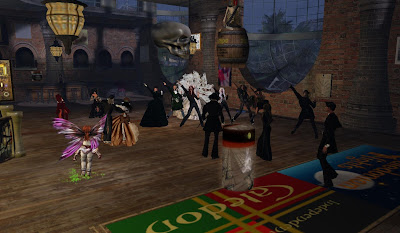 On Friday night, January 8, the Steelhead community held their weekly party not at Club Gears or at Ravenwood Forest (formerly Steelhead Nevermoor), but at another Steampunk community's estate: Caledon. "We're here to take over," one Steelheader mused, "but don't tell anyone that." Fuzzball Ortega provided the tunes for the music for the event. 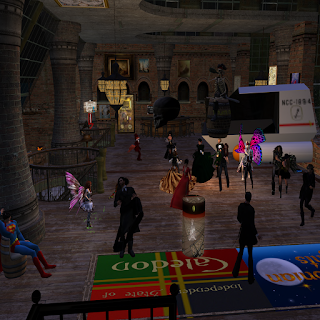 Cynthia Farshore was among those there. She caught this picture of a "Star Trek" shuttlecraft making an entrance. Perhaps some time-traveller had a little trouble with his machine and had to jury-rig something. 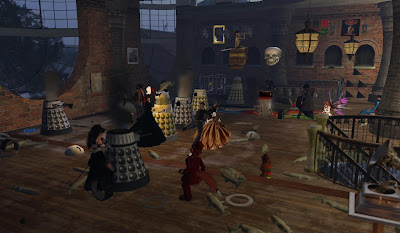 And speaking of time-travellers, it wouldn't be a proper Steelhead dance without an appearance from the Daleks. But as usual, all that "steelhead trout" thrown at them soon short-circuited them.