Ringing In The New Year Across Second Life 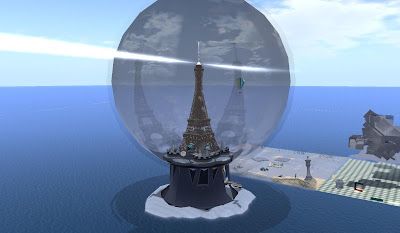 A number of places across Second Life held events to say goodbye to 2015, and ring in 2016. One place was "Eiffelicious" at LEA7. 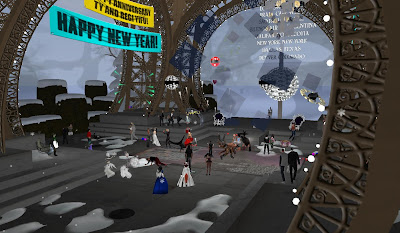 Dozens of residents attended the party under a replica of the Eiffel Tower made by Regi Yifu. But when yours truly dropped by, a few of the guests there were a little, less than pleasant to others. 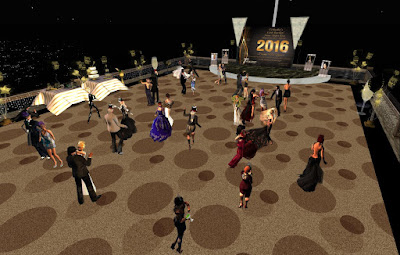 A much friendlier event awaited those at "T-1 Radio's 11th Rockin' New Year's" at the "Legends Pier" at the Arinultra Cay sim. Trader Whiplash, best known for his music events for the Relay for Life, played for the crowd from 7PM SL time to Midnight SL time when 2016 officially arrived on the Grid. 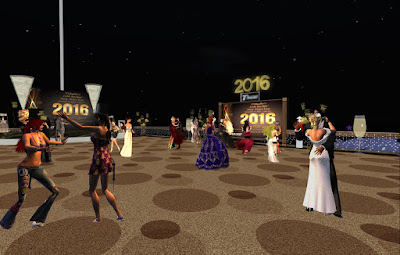 A number of noted Relayers would appear there as well at different times in the night. 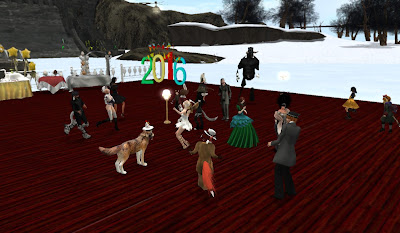 A number of communities held their own events. New Babbage had their event, which began as England was ringing in 2016. There were a number of pictures in the background of noted people and events across the year. The DJ also proved flexible, when seeing someone in a squirrel avatar playing the song "Squirrels." Though some avatars were more appropriate for a Steampunk event. 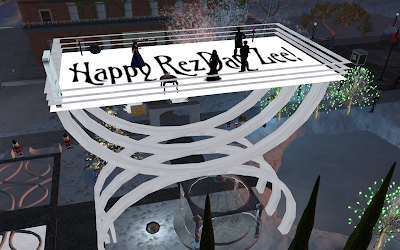 New Babage wasn't the only Steampunk-themed place to have an event that night. McLaglen Noonan Museum Garden at Caledon Cay had a smaller one. Cynthia Farshore took this picture at the tail end of the event. 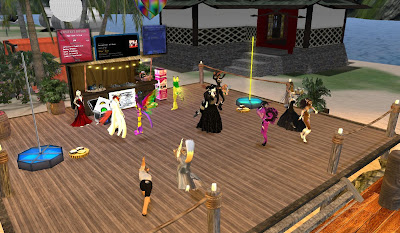 And the Sunweaver/Angels community would hold their own event at the Happy Vixen beach club in the Purrfection Estates. Although the event was touted as no formal attire required, many felt the most appropriate outfit they could have on was a gown or suit. 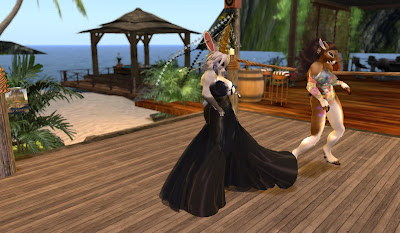 DJ Akea played the tunes for the first half of the event from 6-8PM SL time. from 8 to 10PM, DJ Rose spun the music. And at 9 and 10 PM, the Sunnies celebrated as the New Year was rung in on the East Coast and the Central US time zone respectively.

Other places had their own events. The ROMA sims had an event earlier in the day as 2016 was rung in across Europe. Luskwood called off it's New Year's Eve event due to Shady Fox's illness, though the Pony sims would have an event in honor of Ponyland, which went offline late that night (more about the event later).