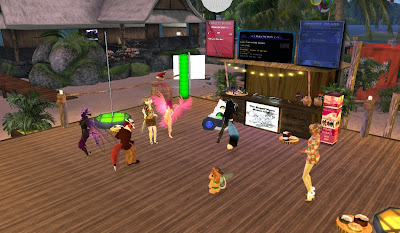 On Saturday January 2 at Noon SL time, some of the writers and fans of the SL Newser met up for a little beach party. The Newser crew usually has a beach party around Christmastime in December. It was suggested that a party just before the holiday might have a small turnout due to people either doing last minute shopping or being with family. So after some thought, it was moved to the Saturday after New Year's Day.

Among those who attended was Grey Lupindo, whom hadn't been inworld in a while, but took the time to drop by to get in touch once more with friends such as Gemma Cleanslate and FoxytheJamie. 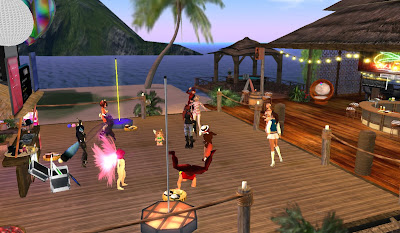 The intended DJ was unable to log onto Second Life, so Tantari Kim, whom has been regularly DJing at the Happy Vixen took over, bringing her "Journey of Sound" to those outside the club's group of regulars dropping by. Old friends such as Kikas Barbenco (who ended up in the cartoon the following day) and Bejita dropped by. So did newer ones like store owner Alejandra Jumanya, Anne Brightstar, whom has recently started her own Second Life blog, "Exploring with Annie," Rai Fargis, who described himself as a real-life journalist, a co-captain from the Second Life Cherleader Squad, and others. 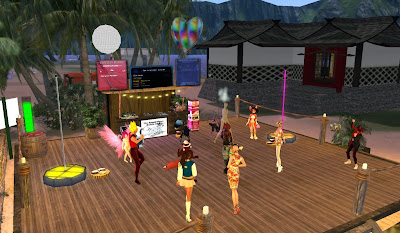 It was a happy time as we danced to the music, and put our cares away, at least for a little while.