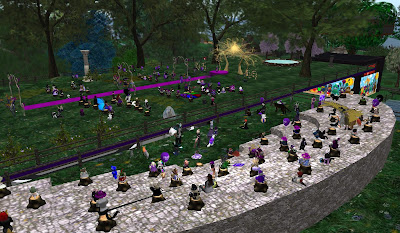 Yesterday on Sunday January 24 at Noon SL time, the memorial service for Shady Fox, a longtime resident whom was known in a number of places in Second Life, was held in Raglan Shire. The number of avatars in the two sims involved was huge, over 160 at one point. 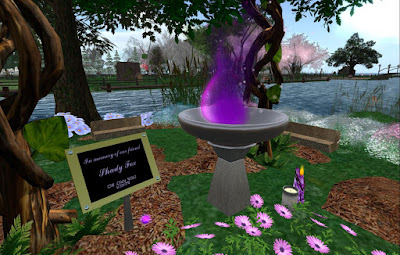 Eventually, the service was moved to Heron Shire where his permanent memorial was dedicated (254, 82, 20). Afterwards, people were invited to a music event at a studio high above Raglan where several live musicians and DJs would perform.

More pictures from the event will be available later. For those who can't wait, there are some pictures available by Wildstar Beaumont and Teal Freenote.
Posted by Bixyl Shuftan at 6:01 AM