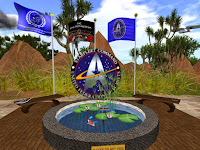 Two locations that have been around for a while in Second Life have apparently gone offline. Taking a peek in the forums, I came across one thread that stated the Star Trek Museum had gone offline. Checking an LM I had, the place had closed down. Nor did it come up in search. The museum was located in the New Eridani sim.

In 2014, the Second Life Newser wrote an article about the location. It was owned and managed by Wabisabi Matahari before she turned it over to Asae Yuitza to run. 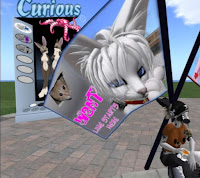 Another location that has gone off the map is the Curious Avatar store. Located in the Curious sim, it offered a number of anthro avatar types, though was probably most noted for it's kani bunny avatar which remained popular for years. It also had a freebie feline avatar, the Felis, which anyone could pick up.

Chatting with someone in the group via an alt, I was told that the sim had been down for a month. He also pointed out that Uchi Desmoulins, the owner, wasn't even listed among the store group's members. Although Uchi's profile is still listed, the Curious Marketplace page is also down.

Stay tuned for more information as it becomes available.

Addition: A reader pointed out the Star Trek Museum's Facebook page, which stated it had been closed since 2018.