One More SL17B Stage Event, And A Carnival 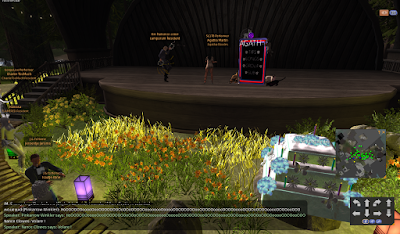 Tuesday July 7 had one big impromptu, unplanned, event at the Second Life Seventeenth Birthday grounds. At the Auditorium, a number of musicians got on stage. Due to the lag, I couldn't get much of the audience in a picture before crashing. Among the performers was Golan Eilde, a longtime SLB volunteer, whom DJed for a time. 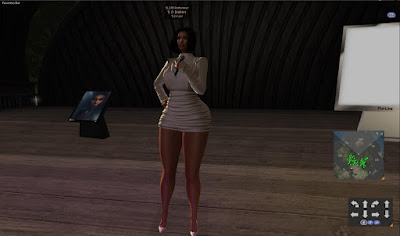 The events went on for some hours, going on to about 6PM SL time. The last performer was singer TJ O. Joubert (TJ Jenipe). 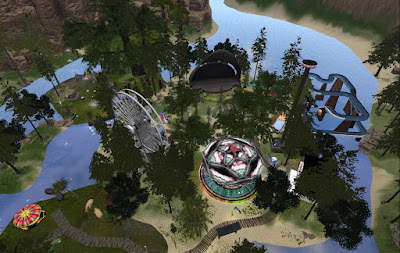 Dropping by after the events, with the lag mostly gone I saw that around the Auditorium was a carnival area. There was a Ferris wheel, a merry-go-round, a water slide, a drop tower, and much more. 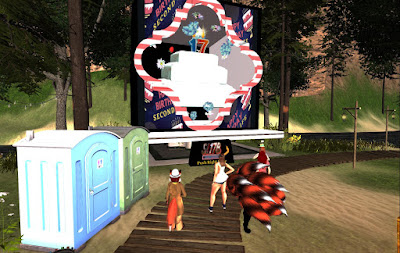 There were a number of food stands, such as a pizzeria whose pizzas looked so real, one of them steaming, they had a friend of mine drooling over them. There were also some desserts. One big dessert was a destructible version of Nance Clowe's cake. Press the button, and after an ominous tune the cake would start to shake itself into pieces. One person dubbed it the "Shake and Cake." Nance joked that for a more intense experience, one could always hop in as the cake parts fly.

The carnival is at the meeting point of the four sims SL17B Imagination, Fantasy, Astound, and Awesome. People have until Sunday July 12 to drop by and join in the fun.