Christmas at the ISM: Performance by Cypress Rosewood 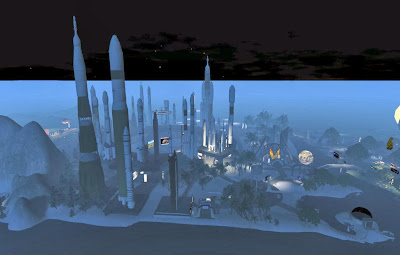 At the International Space Station in Second Life, ambient musician Cypress Rosewood gave a performance in the afternoon. On this Winter Solstace night, the sim had been giving a wintery look, including the grounds where the event was held at Spaceport Alpha. 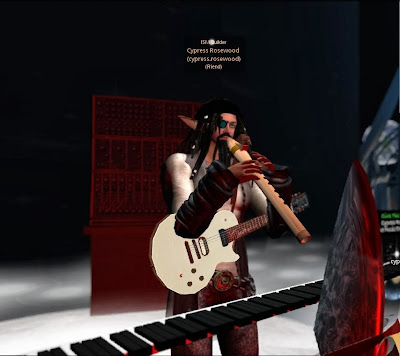 Join us for a mid-winter celebration at the International Spaceflight Museum, 2pm SLT this afternoon!  In addition to a concert of space music by real- and virtual-world renowned composer/performer, Cypress Rosewood, we will have tours, fireworks, model rocket launches, and more! Plan to spend the day/evening with us in a gala jubilee to celebrate this annual astronomical event. 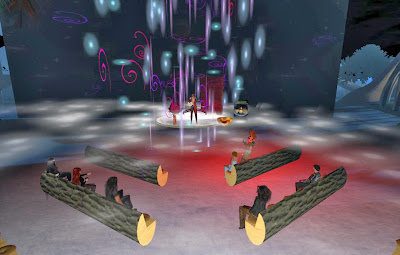 Cypress' gentle music was played alongside some special effects, which got smiles from the audience (including through IMs, as I got a few requests for copies of the pics I was taking). One special effect though came from one of the two reindeer in the audience in the form of a lit red nose.

Cypress performs every week at the Spindrift sim south of the ISM every week at 8PM SL time on Sundays, Spindrift (156, 81, 98). The ISM is directed by Kat Lemieux.
Posted by Bixyl Shuftan at 5:30 PM