News and Commentary: On the NSA's Surveliance of Second Life

It's been about a week since it made the news that the National Security Agency has been sending agents to virtual and gaming worlds. World of Warcraft, the largest of the MORPGs, has been one of their targets. But so has Second Life. The virtual landscape of Hippos and Lucky Chairs had found itself the target of "the spooks." 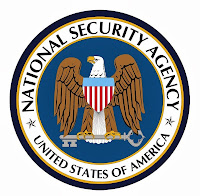 The NSA's gathering of "metadata" has been highly controversial. Outside the United Sates, the language has often been harsh. The German Chancellor recently compared it's practices to those of the East German Secret Police in the days of the Cold War. In the United States, both liberals and conservatives overall dislike what the NSA is doing, or at least the extent that it is. But the level of criticism doesn't usually reach the level it often does overseas. Perhaps both sides are after bigger fish in political struggles, (health care, employment, etc.), some people are still jittery about a 9-11 style terrorist attack, or something of both. Indeed corporations who depend on the Internet for their survival have often been reacting more harshly than the public as a whole. Microsoft went as far as to condem the US Government's activities as an "advanced persistant threat."

Americans, annoyed that their emails could be possibly snooped on, seemed to mostly regard the news about the NSA doing the same with online games with amusement. There were a few skits about NSA agents looking for terrorists amongst the orcs (video link). Some people joked that what was going on was agents goofing off: spending working hours playing games, then claiming to their superiors they were investigating terrorism leads.

For Second Life residents, part of the reaction was interest to being on the national news for reasons other than gossip stories about virtual infidelity and "catfishing." The overall reaction from my point of view has also been amusement, cracking jokes about NSA agents goofing off with romps in sex clubs. The topic was also joked about at the Avi Choice awards, a host and hostess saying hello to any agents watching, and cracking a joke about a "favorite NSA agent" category.

Not everyone was laughing though. New World Notes reminded that it had reported in 2007 on stories about terrorist in Second Life and Federal agents also in looking for their activity. NASA and NOAA are known to have come into Second Life, Halmet stated, so "it's not really a surprise to find the NSA is there too." Judge Richard Posner, who appeared in-avatar in Second Life, commented, “The Internet offers opportunities both for terrorists and counterterrorism,” he observed. So it's an arms race between the opposing forces, both seeking maximum advantage from the digital revolution.” Hamlet would also write about an article mentioning Cory Linden visiting the NSA being misinterpereted as him encouraging the agency to spy on Second Life's residents, while in reality he was there to stop possible government censorship and regulation.

Iris Ophelia wasn't laughing either, taking the matter quite seriously. "Maybe you know better than to post drunk selfies of yourself on Facebook," she reminded, "but what have you been up to in the presumed privacy of your virtual home?" Over time, one meets up with a lot of residents here, and we talk and do things with them without a second thought. "those friends you've known for years? What are they up to? One of them asked you to hold into some L$ for them recently, do you know why? She also asked you to help her get into that invite-only group, why? What do they do? Are you a member? What about that person you paid for that item a few months ago, you know the one. What do you know about them? We just need you to answer a few questions..."

In an open letter to the people of Brazil asking for asylumn, Edward Snowden, whom leaked a number of information about the NSA after leaving the US to China, then Russia, claimed that what the NSA was doing could also be used for "economic espianoge" and "social control." While Snowden is not a neutral party in this matter, and is considered a wanted criminal, his statement was a reminder the NSA's activities can be used for far more than just looking for Al Quedia.

The NSA's activities could lead to some long-term consequences beyond just people looking over their virtual shoulders. Many countries were already less than happy with the Internet being of American design governed by American rules, and dominated by a few American companies. The NSA's snooping could very well be the final straw, seeing the Internet "Balkanized" among various countries. Online games based in America, as well as Second Life, would find it harder to get new users overseas.

Yesterday offered some good news though. A US Federal judge branded the NSA's surveillance as "Orwellian," and stated it likely was a violation of the Constitution. While the ruling didn't stop the snooping right away, as he put it on hold pending an appeal by the Government, it could very well be the beginning of the end of the wide-scale spying campaign of the Internet, and Second Life.