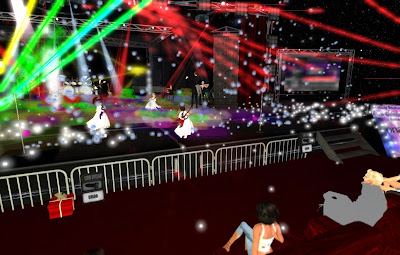 Second Life is fortunate enough to get a number of tribute events, pulled together by some talented msucians (and virtual stagehands). And on Saturday December 14th, there was a tribute to the Trans-Siberian Orchestra. They're a rock band known for playing classical music to a clearly modern beat, and this time of year their Christmas tunes are quite popular. 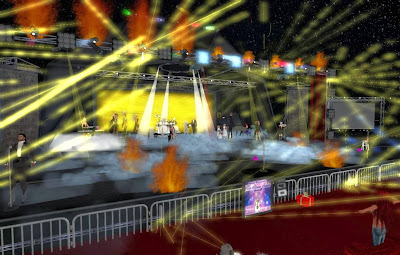 You've heard their music on the radio in RL... You may of forked over big RL bucks to see them live... or maybe you couldn't afford it? The band comprised of heavy metal giants from groups such as Megadeath, Savatage, Journey.. have put together a Christmas show that is second to none, and Mavendorf Entertainment is the ONLY Trans-Siberian Orchestra Tribute Show worthy of being called #1 so catch their show today at NOON SLT at the United Realms of the Archipelago Battlegrounds. 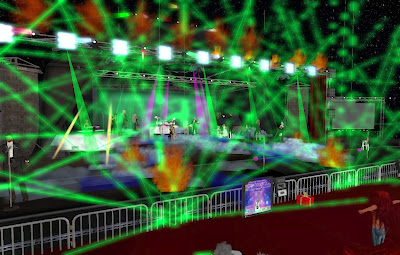 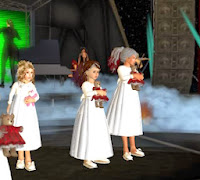 The show was quite impressive, opening up with fog, and before long, the place was lit up with lots of laser lights, which the crowd cheered for. Not all of the event was dazzle and razzle. At one point the heavy music took a pause while a children's chior sang.

Be on the lookout for more tribute events across the Grid.