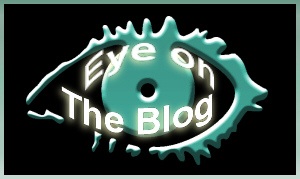 On October 20 on the official Second Life blog, Linden Lab announced some details about some upcoming planned changes to the grid, as well as one current change to it's website, "There’s a lot going on with Second Life these days, and we wanted to talk about a few of the projects that are either out or in the works!"

The first thing on their list was "Project Valhalla," which replaces the old Internet viewing framework with one that supports more recent technologies.

A new age of modern HTML5 content is upon us, and we're overhauling the way shared media (aka "media on a prim") works so that you can enjoy all kinds of modern web content within Second Life. Chromium Embedded Framework (CEF) is coming to replace the aging QTWebkit framework. What you can now see in a Project Viewer is the latest released version of Chrome - so it will render all modern web technologies - like HTML5, CSS3, WebGL; has the latest security patches; and will be easy to keep updated to a recent version. What does this mean for your Flash content? What about Quicktime? They may still work, but because both can only be viewed if the user has correctly installed a 3rd party plugin, we can't  promise support and you shouldn’t expect that it will work for everyone. Standard HTML5 is the way of the future and this Viewer will enable it for anyone. There are still bugs to squash, and we’re iterating quickly to bring you a smooth inworld media and browsing experience.

On the official forums, Linden Lab invited residents to leave comments on a thread on the topic. Among those posting was AI Austin, "An initial test of the Project Valhalla viewer on my Windows 10 setup did have the media texture screens showing a quicktime server .sdp stream and a looping MPEG-4 video on the screens (as shown in the image above), but I am not sure if that is because of other elements I already have installed or if its included by default in the Valhalla viewer."

One can read more about, and download, the Valhalla Viewer Here.

Next was an "Avatar Rendering Complexity" feature.

A new *Avatar Maximum Complexity* control lets you prevent expensive-to-render avatars from lagging you; any avatar over the limit is displayed as a solid color rather than rendering in full detail. A default limit is set based on the rendering performance of your system. You'll also get a notice when your own rendering complexity changes, and an indication when you're over the limit of too many of the avatars around you. Bundled together in this Viewer is a change that allows you to create and quickly change presets of your graphics settings, so as you go from a club to an art gallery, to the beach, or to your home, you can quickly adjust your settings to fit the scene.

Apparently if an avatar goes over the limit you set, it's displayed as a simple, single color, mannequin-like shape. 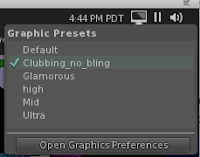 On the Linden-created forum thread on the topic, one resident expressed concern, calling it "giving avatar makers just another migraine to now deal with." Another felt it would encourage them to be more efficient. In New World Notes, Hamlet Au commented, "If it's implemented well, this could be an important feature to improve overall performance. At the same time, the very fact that it's necessary makes me sadly smile, because it reflects a paradox with user creativity in Second Life that's existed from the beginning: By making Second Life as open a creative platform as possible, Linden Lab unleashed incredible amounts of inventiveness that continues to be impressive (if overwhelming). At the same time, because it is so open, there's also abundant opportunities for creativity which is overly complex and laggy."

For now, one can try out the feature on the Release Candidate Viewer.

A few other details were briefly mentioned. Sorting notifications into categories, removing Flash from the secondlife.com website due to security concerns, a change that "now prevents loss of no-copy items due to a failed rez," and continuing the HTTP Project for improved texture loading.

For the blog post in full: Click Here. Besides Hamlet Au, Inara Pey and Daniel Voyager also wrote on the topic.