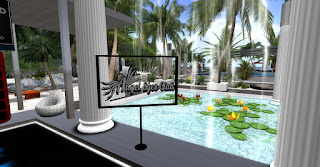 Angel Eyes Club is the creation of Yllekas Resident and Drexxar (Millerx) Resident. They began building the place on Friday March 25th 2014. The idea to create the club started off really funny, actually. Both the owners of Angel Eyes once frequented another club, but they got banned there. There were other people that requested them to create another club and they did.

Of their schedule, first they started of with three evenings per week, but eventually they ended up with seven evenings a week. In the beginning, they called their venue the “Banned Club," (ha-ha!) but that name was later on changed to Angel Eyes club. Besides creating the club, Yllekas and Drexxar also did the decor (and in my opinion, did a nice job of it). 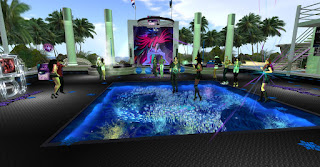 Angel Eyes club is an international club where people from anywhere can chill out with their friends and have fun. The music that is played varies from dance music to Top 40 to Trance to Vocal Trance, and more. But requests for specific songs are also welcome. The club has three shifts from 11 PM to 4 AM SLT. The language of the venue is English, but they get visitors from Belgium and the Netherlands. So expect some Dutch and Flemish. The club prides itself on being a "Drama Free Zone," so those whom are being dramatic and ignore requests to stop can find themselves ejected. 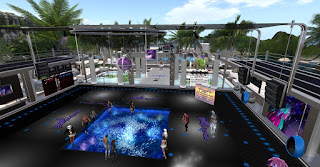 The club has a different theme every Friday. This week, the theme is Halloween, so the place  will be having some spooky decorations. People in the club's group are informed of events and other developments with group notices, and reciece group TP offers and Group IMs. They don’t have a Facebook page for the club, but both owners have personal Facebook pages where they post notices on.

In my personal opinion this is the best club that I encountered so far. They have great DJs and the music is always good. The decoration of the club is always nice to look at. What makes the club even more special is that in the dancefloor there’s an aquarium where you see the fish swim below your feet. This is something I have never seen in a club before.

I hope to see you all there!

Wesley Regenbogen
Posted by Bixyl Shuftan at 6:04 AM