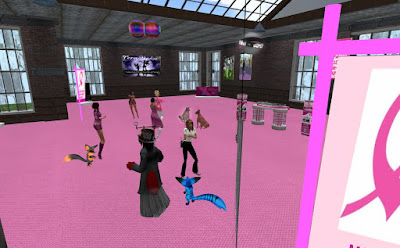 Hey everyone, we have DJ Gemstone spinning some tunes at Relay Hard Cafe. Come and join us as we kick off Strides!!! 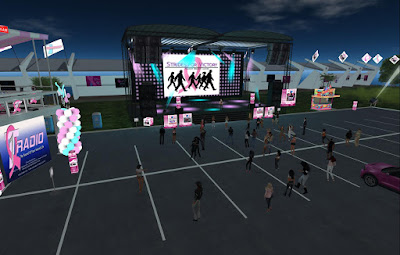 On Sunday, Making Strides held it's Tailgating Party in Relay Relay dAlliez. The event started at 11AM SL time, and went on for some hours. The performers listed were DJ Titan Hawksky, Samm Quendra, Zak Clazton, Jeffak Resident, and Shane Dezno.

We are kicking off Strides in a big way.   We are having a Tailgating party!!!  It's a huge game.  Breast Cancer VS SL Stride Volunteers and Supporters!!   Come join us for pre-game music with T1 Radio, starting at 10 am.   Opening Ceremonies at 11 am, and then a great line of live performers and djs.  Come on out and cheer on our team!!  The fun goes through out the afternoon.   Sign up for upcoming events, pick up some great Tshirts, and other great things. 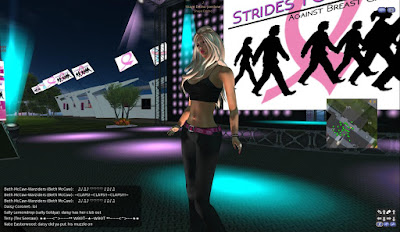 I dropped in while Shane sang for the crowd. There was a great deal of enthusiasm as the crowd cheered for her. And when her time finally ended, the screen was full of gestured as they applauded her performance. I would later be told some thousands of Lindens were raised that day for Making Strides. Let's hope they have a successful season.