Madpea Charity Event Raises Over A Million And A Half Lindens 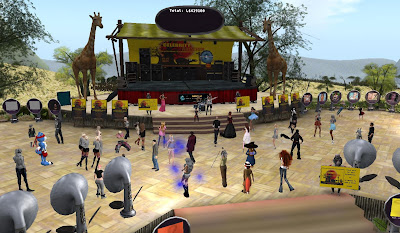 Last weekend from Friday September 25 to Sunday September 27, the Madpea Charity Auctions took place. Over the course of three days, people dropping in on the event in Stargazer Bay made bids on over sixty various Second Life personalities from Saffia Widdershins of "Designing Worlds" to Draxtor Despress of the "Drax Files," to Xiola Linden, to Madpea leader Kiana Writer herself, and many others. All the while, they listened to 22 various DJs and live musicians. The event, in cooperation with Feed a Smile, was to raise funds to build a school in Kenya. 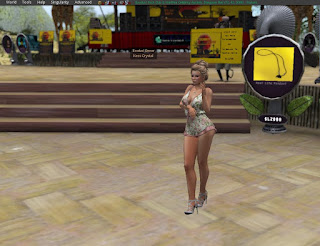 The event was a success from the start, raising almost 460,000 Lindens at the end of the first day. "The first day, far exceeded expectations," spoke Kess Crystal when interviewed Friday evening, "and we had two new auctionees over night, another Linden and Bryn Oh. There are now 64 auction boards for people, and eight for real life items, like the jewelry here." She pointed to some kiosks with pictures of jewelry. She explained there were four Lindens whom made themselves up for bid, "Alexa, Simon, Rider and Xiola." Of the number of people who were there that day, "Oh I have no idea ... but there were constantly 45-70 people here for most of the events." Kess explained she had something of a dual role at the event, "I have two hats on for this because the event is (at) my club, hee-hee. So I organized it for MadPea here." 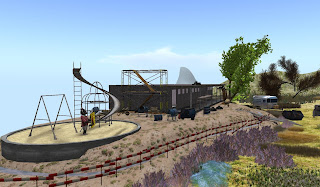 As the Lindens came in, a build of the school the money was going to went up piece by piece, symbolizing what the amount raised would pay for. "The school behind us is being built as we raise more money. Yesterday that was just foundations. We're trying to give a virtual representation of the difference the money is actually making. So it's all based on the actual costs involved. The target is 1.4 million L$ that is the actual cost once turned into euros of a whole classroom. So at half a million after one day you can see we are def on track."

"We would expect Sunday to be the highest day as that's the day the auctions close so people will get last minute bids in. Currently I believe Xiola Linden is the person with the highest bid on their board. Bryn will go for a lot but I've literally just activated her board." 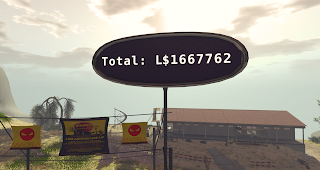 Besides the entertainers, Saturday also had the debut screening of the "Paradise Lost" machinima by Canary Beck. Sunday itself would be so crowded when I logged in, I couldn't get in until after the auctions were closed and the boards taken down. The total amount raised was 1,667,762 Lindens, well over the goal. The extra money will go to additional Feed-A-Smile operations.

Madpea says they'll most likely plan further benefits in future years, "A few brave souls have asked Kess when the next one will be. We'll let her recover first."