Club Cutlass Gets a Touch-Up 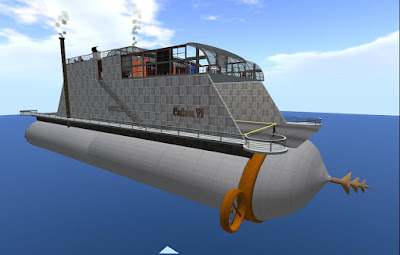 For the first time since it's christening in March 2015, the current Club Cutlass, also known as Cutlass VI, has gotten some changes. Last week, Cynthia Farshore and Shockwave Yarreach made some adjustments on the ship.

While the basic design is still the same, the ship has been widened some, and the hull smoothed a bit. The widening is most noticeable on the dance deck, which now has some side areas with a few couches for people who would rather sit than dance. The side passageways to and back from the quarters have also been widened, to the relief of dragon DJ Geerkil whom occasionally performs at Cutlass, and more recently the Happy Vixen. The deck's appearance is also different, resembling varnished wood. One more difference was the altitude of the ship, raised to about 750 meters over the ground. 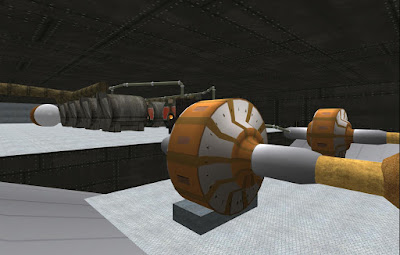 Underneath the ship, one can find the boilers and driveshafts. There's also a mad doctor's lab, a brig (rumor has it used when Rita Mariner thinks Gil has been naughty), and a bomb rack with bay doors.

Two particular changes were actually made weeks ago, the addition of a couple mascots. Next to the DJ booth is a parrot that moves around a little, and once in a while flies around. Between the booth and the left dancepole is a small hollow log where a weasel inside occasionally pokes his head out from one of the holes. The weasel has been named "Captain Cutlass." So far no name yet for the parrot. 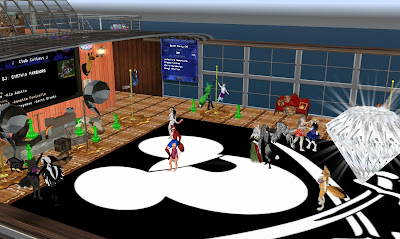 Saturday October 22 was the first party after the last of the changes made.  Not everyone was completely happy with the changes. One local expressed disappointment that she could no longer see the club from her window. But most were happy with them, especially Rita Mariner the Sunweaver chieftess.

One change isn't about the ship, but the contest rules. The rule about contest winners having to sit the next one out has been temporarily lifted, possibly because of a number of ties in recent events.

The new landmark is now at Sunweaver Bay (114/117/757). Regular events are on Wednesdays, Fridays, and Saturdays from 6-8PM, though some people drop in early and hand around after the contests. People also gather occasionally between events. Jenni Greenfield is in charge of club events.