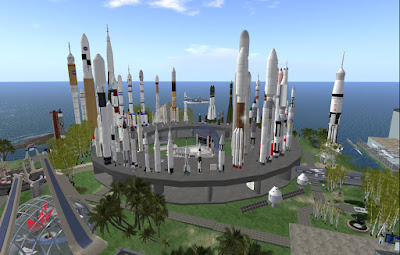 It's World Space Week this week. It was 61 years ago today in which the Russians (then the USSR) launched Sputnik, the first satellite into space. Second Life has numerous space-themed locations, the best known being the International Space Museum at Spaceport Alpha (114,142,23). 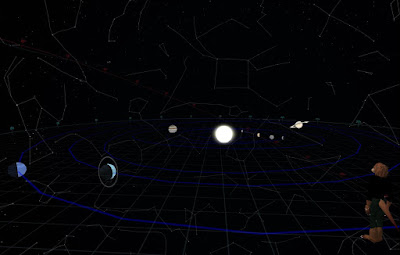 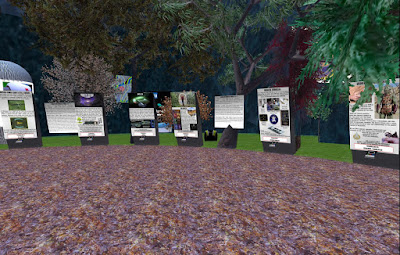 The National Space Society is having an activity of their own. To celebrate the 50th anniversary of Star Trek, they're doing a kind of poll in which residents are asked to rank the probability of certain kinds of Trek technology from warp drive, to transporters, to replicators. You can head there to take part, or just look around, at National Space Society (128,152,1261)

There's a lot more to see space-wise, but part of the fun of space exploration is, well, exploring.