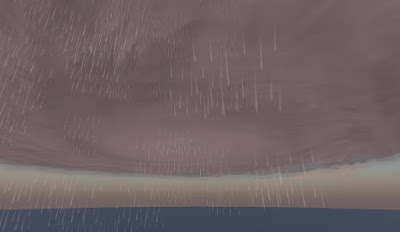 Some residents of Second Life are finding real life will likely cut off their connection for a while. Hurricane Mathew, a storm that delivered death and destruction in Haiti and the Bahamas, is heading to Florida as a highly dangerous Category Four hurricane, making impact there today. But instead of making landfall there, it looks like it will brush the East Coast that while slowly lessening in strength will still be destructive. Evacuations are already being ordered in Georgia, and North and South Carolina have declared emergencies.

For Second Life residents in the storm's path, a likely consequence is the cutoff of electric power, and being cut off from Second Life/ Already at least one DJ living in Florida sent a notice to the clubs she performs at that she will be offline indefinitely due to the certain loss of power.

As a few of the Newser's writers live in areas likely to be affected by the storm, there is a chance stories could be delayed, possibly updates in general to the Newser as yours truly the editor is among them. So for now, it's wait and see, making sure there's enough emergency supplies on hand, and taking any calls to evacuate seriously.