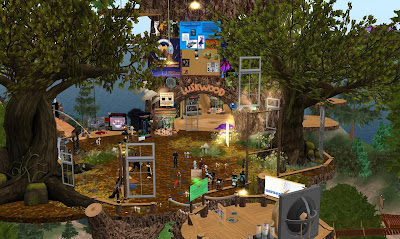 One of Second Life's oldest communities will soon be celebrating it's anniversary: number thirteen. Scheduled for Saturday October 22, the event will be combined along with the fifth anniversary celebrations of it's sister community Trotsdale. As it's near the end of October, the event will take on something of a Halloween theme. So far, Keeba Tammas and the "Tiny Maniacs" and Shannon O'herlihy have signed up to be among the performers.

Stay tuned for more information on the Luskwood blog.
Posted by Bixyl Shuftan at 6:00 AM