One Early User of Sansar's Comparison to Second Life: Tourist Park To A Home


"It's like the difference between Disneyland and your hometown." 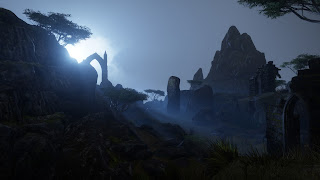 From the very beginning, Second Life residents have wondered what experiences in Sansar, or "the next generation virtual world" as it was called at first, would be like. At first, we had only the word of Linden Lab, whom were basically saying the place would be "so good, you will gladly give up Second Life for it.." More recently, they began saying this new virtual world would not be for all residents, and there were some screenshots. But it was only a few days ago in which the viewpoint of someone other than an employee of Linden Lab was available.

In New World Notes, Hamlet Au wrote about an interview with a "longtime Second Life user and professional developer" whom was willing to talk with him about his/her experiences in Sansar.

SL and Sansar are different animals. Neither is better than the other at everything. There are things that I wouldn't dare to do in SL that might fit in an Experience or set of experiences in Sansar (especially ideas that in SL would require severe tier upkeep because of land requirements), and there are things I could do in SL that I probably will never be able to in Sansar if they opt for a conservative toolbox of functions. It's like the difference between Disneyland and your hometown. 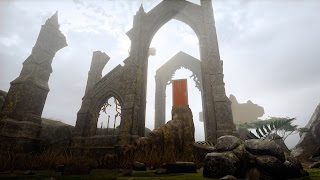 Sansar is Disneyland. Great attractions, shiny things all over, modern technology seeping out of every Experience in the hands of competent Creators... Potential for a vast range of sized Experiences ranging from intimate comedy club settings all the way to potentially a small stadium, without the restrictions of altitude or sim width/breadth of SL. If Linden Lab keeps putting their nose to the grind and makes reasonable decisions, the worst that can be said technically of it is that it was a competently executed system for supporting creativity.

But living there might be tricky: Experiences currently seem very locked down, with interactions with physically enabled objects in an Experience the only way to leave any sign you were there. Unless you publish an experience, you're basically stuck as a tourist. Whether you're okay with being absolved of all creative power outside of a reserved sandbox that nobody else can interact in by your side at the moment is really a personal decision (I honestly hope that some work is done to allow for collaborational Experience design by the time Sansar goes gold - it would allow for teams and larger-scale experience builds, and might take a little of that issue away.)

Second Life is your hometown. The posters on the wall that are still there are kind of tacky, your fellow residents are occasionally problematic, perhaps to the point of blocking and booting. Every step and gaze will always feel clunky with what few tools you have to move yourself and the camera. The rent (if you have land or adverts in-world) is potentially insane if you have more than a quarter sim. And occasionally you will look out the window of your diner and be greeted by disembodied dongs flying past en mass chanting offensive memes.

But every sandbox is a potential explosion of creativity when the right residents are standing it it, even if they only use canned sculpties or parametric prims for building, and unlike Sansar right now, it's a lot easier to find a community to belong to in-world at most times of the day.

So from the point of many older residents, Sansar seems like a great place to visit, but without being able to build they wouldn't want to live there. It seems Linden Lab is trying to attract a different crowd, more interested in bells and whistles than taking the time to build things.