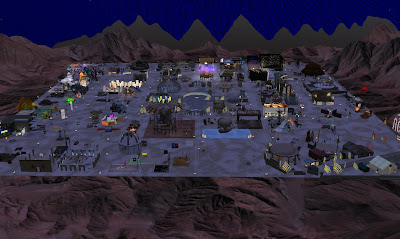 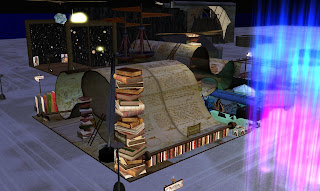 Burn2, the largest yearly art and music festival, got started at 10AM yesterday. The weeklong event has dozens of artistic exhibits and DJ events across four sims. The mega-event, one of the biggest yearly events in Second Life, has been taking place on the grid from it's first year, originally called Burning Life. The event had some help from the Lindens for several years, who provided them the sims for free until around 2010 following Linden Lab's restructuring and cutbacks, after which the event became known as Burn2. 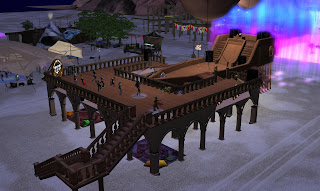 Burn2 describes itself as "an extension of the Burning Man festival and community into the world of Second Life. It is an officially sanctioned Burning Man Regional, the only virtual world Regional out of more than 100 Regional groups worldwide, and is the only Regional to burn the Man! This unique virtual Regional spreads the culture and Ten Principles of Burning Man year-round in Second Life, culminating in an annual major festival of community, art and fire in the fall - a virtual echo of Burning Man itself."

One can drop in on the event by arriving at Burning Man-Deep Hole (224/92/25). To see the schedule of events, check the calendar here: http://www.burn2.org/calendar

The event will go on until Sunday October 23, with the builds remaining for a few days afterwards.