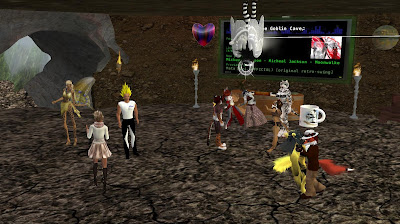 On Sunday January 22 at Noon, a party was held for the staff of the Second Life Newser and it's neighbors and friends. Nydia Tungsten, who got her start in Second Life as DJ "Naughty" Nydia, played the tunes for the event, though most. The event took place in Cynthia Farshore's Goblin Cave in Pacific Waters. 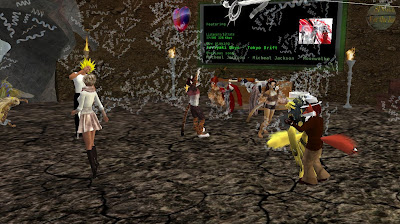 Over a course of three hours, a few dozen people dropped by, including Any1 Gynoid, who was a writer early in the Newser's history, Breezes Babi, whom was with the Newser's predecessor paper the Second Life Newspaper, and Trader and Arizona Whiplash of T-1 Radio. 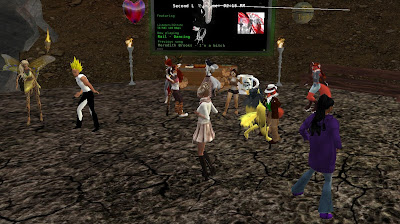 There was much to celebrate as the Newser had a successful year covering events in Second Life with over a thousand articles, briefs, cartoons, and other posts. There was even more to celebrate as it turned out December had our highest readership of any month: 45,000 readers. We would also be getting another sponsor that day, the Indian Wilds Wild West Roleplay.

We're looking forward to another successful year.
Posted by Bixyl Shuftan at 6:01 AM