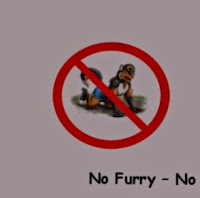 In real life this week, the United States says goodbye to President Obama, the country's first from an ethnic minority. While he accomplished a few things, such as the "Affordable Health Care Act," his term was also noted for initial hopes of a nation finally free of racism dashed as his political opponents were charged with bias and in turn his most vocal supporters were accused of it as well. In Second Life, as we can all look like whatever we want to, one might think an avatar's appearance wouldn't be a big deal. As it turns out, there are a few places that are likely to hassle you for being the wrong kind. But how widespread is the problem?

Read more in People.
Posted by Bixyl Shuftan at 12:01 PM