Second Life Resident Dreams of Auditioning For "The Voice"


A few people have been talking about the movie "Sing." But one Second Life has dreams of singing on stage in real life. The catch, she could use a little help getting there. 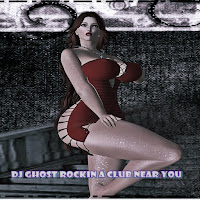 The Newser was recently informed by one of it's readers that Ghost Hatter Firehaven (Ladycherokee Wetherby), had started a gofundme page under her real-life identity of Lasca Brandow. The objective, to raise enough money to get to the February 4rth audition of "The Voice," a singing competition reality television show. The event takes place in Las Vegas.

Ghost mentioned her mother in the gofundme page, "My late Mother always wanted me to do something with my voice." This included being on TV, "doing one of the contests, or doing voice overs."

Ghost hopes to raise a total of $540 USD. She hopes to have the money by February 2.