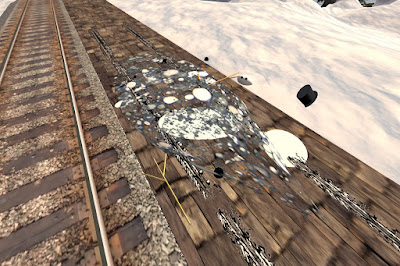 "This just in. As previously reported earlier today. Another snowman was found deceased early this morning by a local pub owner. The owner stated that there has been no crime this year except for the occasional barrel of rum going  missing. We have received a follow up report that another snowman was apparently a victim of a hit and run in downs. Inspectors are looking into the matter."

Picture from Cynthia Farshore, words from Andrea Jones (andreajonesms)
Posted by Bixyl Shuftan at 6:03 AM