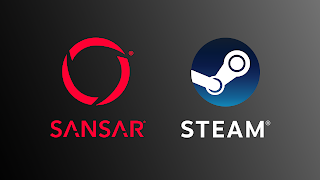 About a month ago, Linden Lab announced that it's next-generation virtual world, Sansar, would soon be available on Steam. Yesterday, it was announced that Sansar was up and available there.

As of today, December 5th, we are officially live on Steam!

We wanted to give a huge thank you to our current community who have been so supportive, and to extend a warm “Welcome” to all our new community members joining us from Steam!

You can find us on Steam as an Early Access Game, where we’re free to download. Even better, you’ll get to enjoy all the benefits of Steam as a social platform for gamers including full access to our Steam Community Hub!

Sansar is one out of two products by Linden Lab available on Steam, the other being Blocksworld, which has been there since September 2017. Both are listed as "early access" platforms, "We plan on staying in Early Access until Sansar is the very best it can be." So far, there are a handful of reviews, which are mostly positive.

In it's move to Steam, Linden Lab did away with the SandeX, which was where Sansar users could buy and sell the virtual world's currency. There's no threads in the official forums about Sansar now being on Steam, though there is one in Virtualverse. Second Life had been available on Steam in 2012, but wasn't there for very long.

Ryan Schultz stated in his blog that why he hoped Sansar's move to steam was successful, he wasn't sure it would be, noting that High Fidelity doing the same didn't change it's numbers much. He did worry about Steam users being "brutal" with their reviews, though as mentioned earlier they are mostly positive so far. But he did say that two games in Sansar that had been getting attention, Hoverderby and Combat Zone, had been closed by the developers. If so, fewer available activities could make it harder for the next-generation virtual world to retain users.