*
The following was posted on the Second Life Forums on Sunday November 29 by a Da5id Weatherwax, titled, "A moment to say 'Thank you.'" 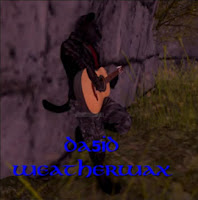 As my friends across the pond were preparing to celebrate a rather strange Thanksgiving I was doing what I normally do as part of preparation for any week, putting the finishing touches to, and rehearsing, the set list(s) I would be playing in the coming week. It struck me that I had something enormous to be truly thankful for in these troubled times. I haven't picked up a busking pitch or played a RL live gig or session since late February. All the RL venues here closed in early March, all bookings cancelled until further notice. Even when this lovely city, a true hotspot of the arts and performance, was not under the most severe public health restrictions nobody who could be out and about would gather to listen to a busker and the po-po would tell that busker to move smartly along if they did. It's almost impossible to sing through a mask anyway.

Like so many of my colleagues in performance I was instantly unemployed. My usual fallbacks when I wasn't getting bookings as a performer were also gone, because there was no work as a sound or lighting tech either. Hundreds of other performers were in the same position, having to take whatever they could get as a "day job" just to keep the lights on and the fridge full. In the music industry you're used to "living on your wits" somewhat but I know from personal chats with others that even after all this shakes down there will be some who will not be returning to the stage. I'm not talking about the real tragedies, of the voices we will no longer hear because the pandemic has taken them from us, but of the small-venue musicians who can no longer summon up the energy, the fire, to break free of the rat race a second time. They know, from sometimes bitter personal experience, how great a leap into the unknown launching a career in the arts is, how precarious it is and how numbing the fear can become. Deep in their hearts, way too many of us know that we don't have it within us to do that again. 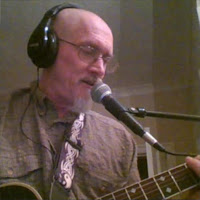 I have something to sustain me that most of them don't. I have YOU.

It is you,the population of SL, who have continued to show up to my sets, continued to appreciate my performances and kept my sense of identity as a musician alive. I'm still putting a set list together every week because I'm bringing it to you and you're showing up to hear it. Even though that soul-crushing day job is blowing massive holes in my schedule, I'm still a performer because of you.

So, from the bottom of my heart, THANK YOU. You are what I have reason to be thankful for this season.

Da5id Weatherwax's post didn't have many responses yet, but perhaps this will soon increase as word gets around.