Many of you have been waiting a long time for our full release of EEP! This is Linden Lab’s “Environmental Enhancement Project,” which replaces Firestorm’s Windlight feature. This feature has meant we’ve had to redesign some UI panels and functionality within the viewer. Now, we know that change can be hard, but there’s no getting around this one. EEP is here to stay, and Linden Lab did a crazy amount of hard work on this as we and others incessantly found and reported the bugs. ... But this update has LOADS more than just EEP packed inside. It’s been a long time since our last release, and we’ve had plenty of time to add valuable changes, features, fixes and improvements! ...

Some friends of mine have already downloaded the viewer. A few have told me that the new viewer seems to take longer to rezz objects than the last one, so some people may want to be prepared to reinstall the previous version. The beta EEP viewer and Firestorm version 6.2.4.57588 will be blocked on December 31, "As per our 3-version rule." 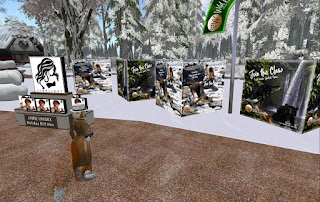 To celebrate, Team Firestorm threw a party with some gifts. While the party is over, the gifts are still available. In the sky platform above the Firestorm sims, one can pick up the "hair gift" and two pets, a panther and a ferret.

!!Firelight!! is celebrating with a unisex holiday hair gift. It looks great on both male and female avatars. The gift includes two versions: a rigged version and an unrigged version. You can resize and reshape the unrigged version to fit almost any head. The gift comes with a 16-shade hair-color HUD. A color wheel is also included so you can tint to your liking. 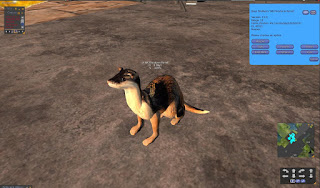 Wild Kajaera has made us 2 gifts! First is the most amazing and stunning Limited Edition Black Panther to celebrate the holiday season.

Their second gift is a Ferret! WK Ferrets are much like the real world they love to run around and play with their toys they have. As a forever pet they need no food unless you give them a wild thing potion.

It's unknown how much longer the gifts will be around.